SO, I wanted to mount my antenna on the roof rail, drivers side. The dealer put the GPS antenna right next to where I wanted to mount it. It says 3 feet apart, but that isn't going to work. What will happen if they are too close? Will the radio be impacted most, or the gps accuracy?

I don't remember reading what the effected of having a GPS and VHF antenna less than 3 ft apart all I know is they say don't do it and that good enough for me.
Top

The golden rule with any antenna for maximum efficiency is to put the antenna at least half an electrical wavelength away from any metallic source. Vhf frequencies are up in the 156 mhz bandwidth and with any antenna operating at that wavelength and above the golden rule is mount it high as possible too.
Is the VHF antenna half or 5/8 wave? If it is half wave then you must mount the antenna at least 3ft away from any source or you could affect both the GPS and the SWR of the antenna.
Last edited by Seahusky on Sat Mar 07, 2020 4:39 pm, edited 1 time in total.
Top

For what it's worth..... both my VHF and AM/FM antennas are mounted as high as possible on the top rail of my roof rack. I don't have a GPS antenna and actually don't fully understand the need for one. I have a Garmin 7610xsv at the main helm and it is networked to a 942xs at the rear steering station. Never had a problem picking up satellites with the internal antennas. 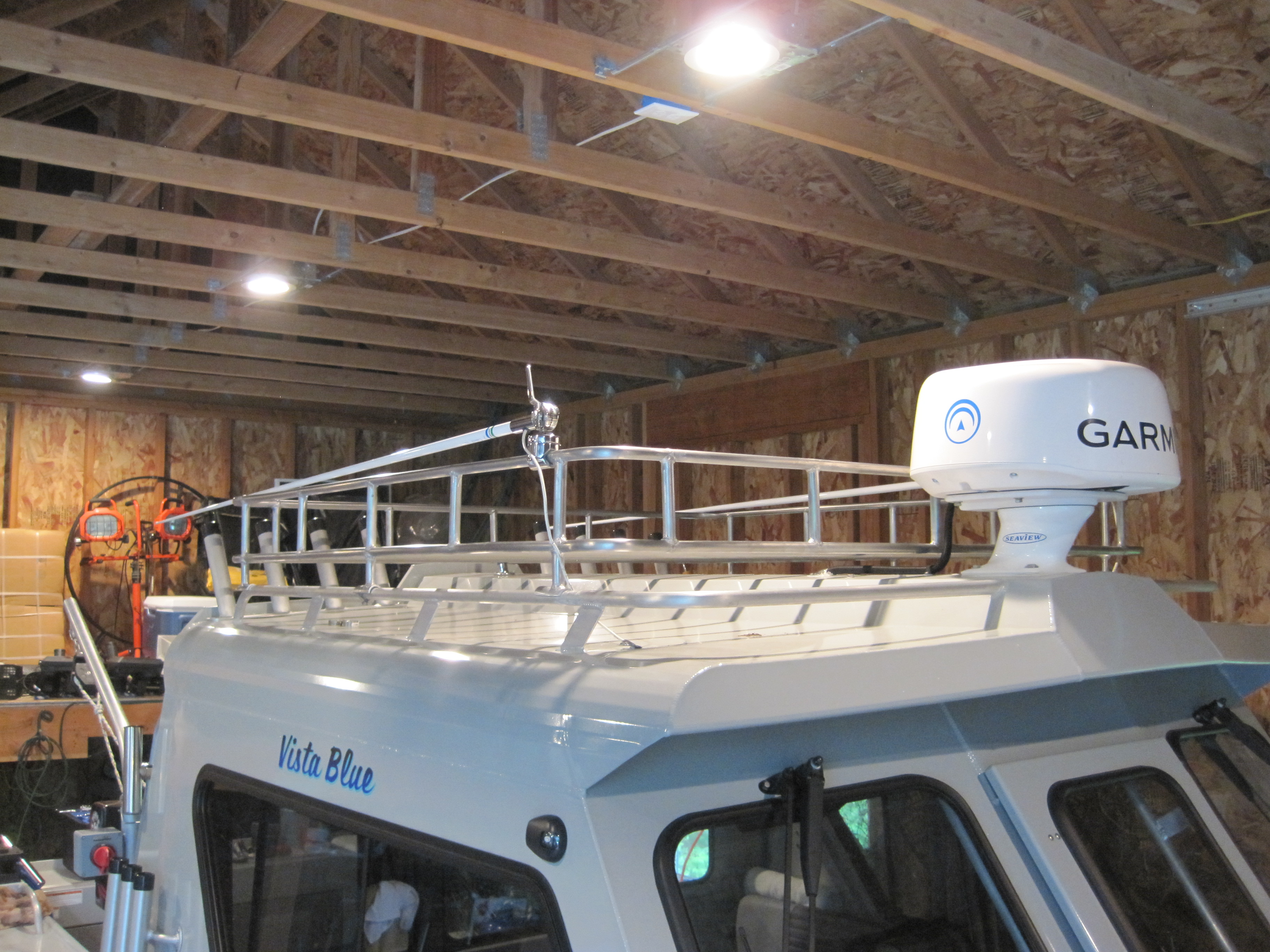 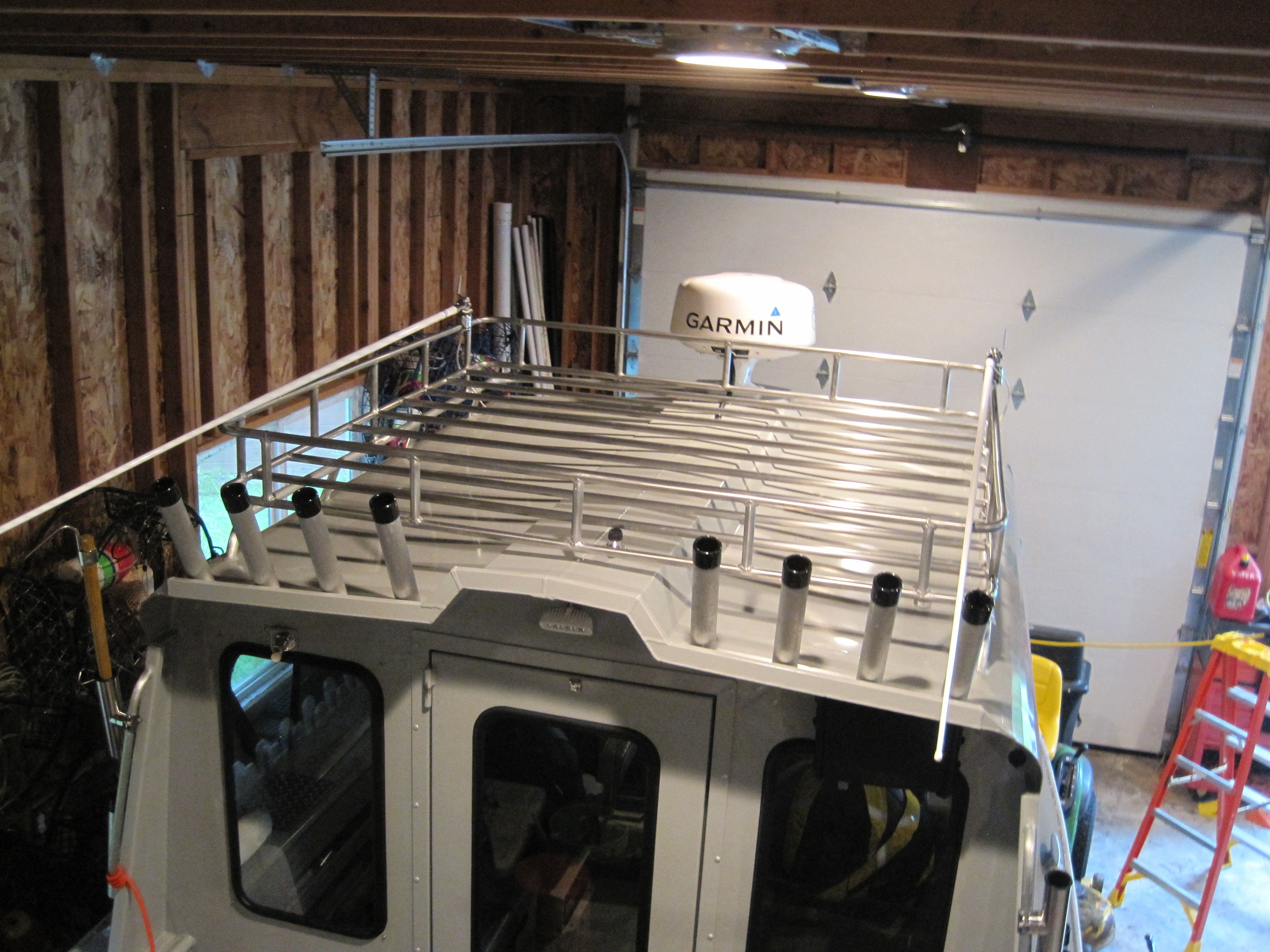 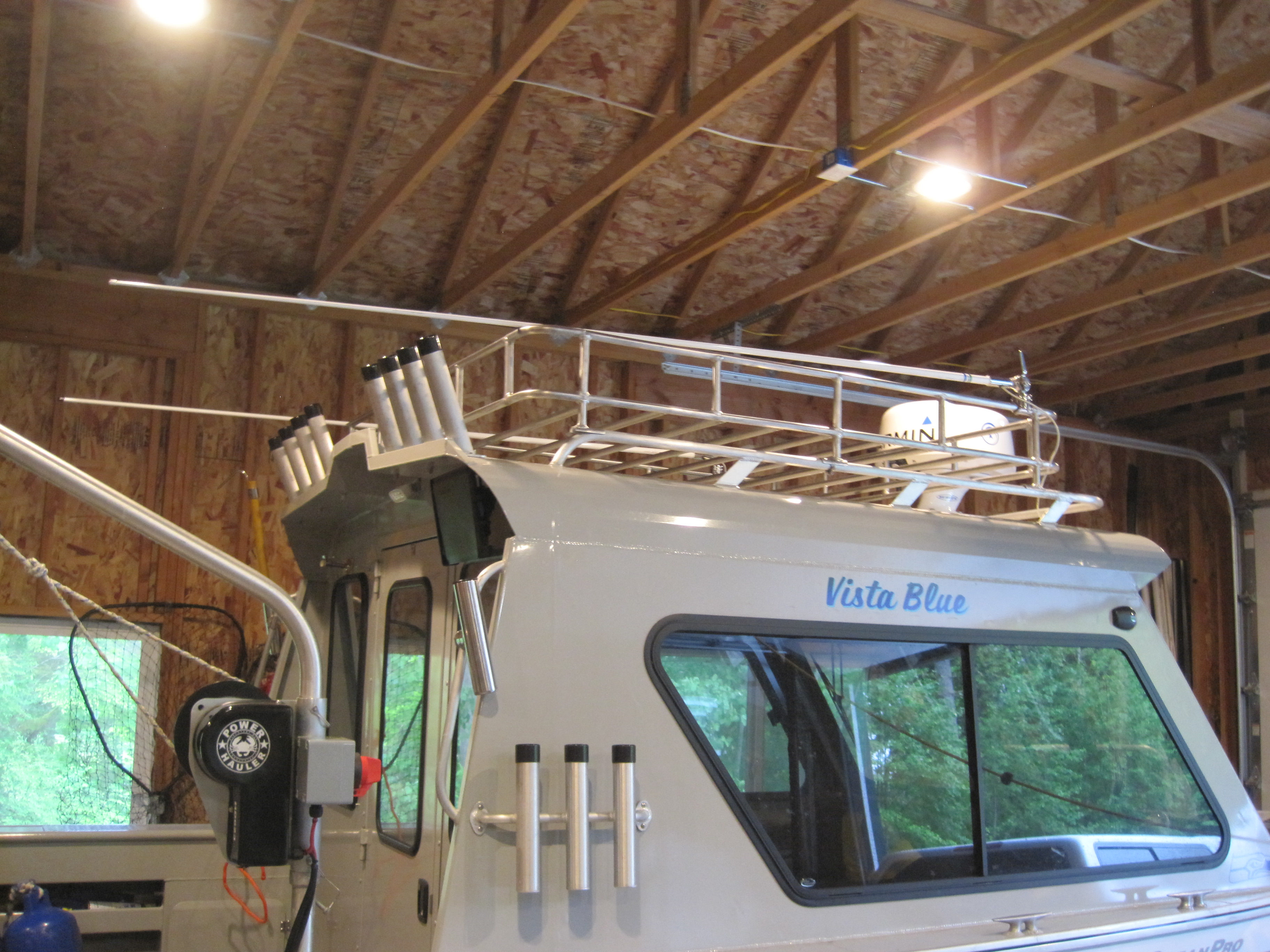 No external antenna needed for Garmin Fantom Radar overlay.... not sure about the other Garmin radars. Also, my understanding of the Garmin GPS systems are that you either have acquisition of the satellites or you don't... so you're either getting accurate telemetry... or none at all. I have never experienced a situation where my GPS is just "kind-of" working.
2017 Ocean Pro 220 ET-HT
2017 Honda BF250 & Honda 9.9 Power Thrust
Garmin 7610xsv Cabin, Garmin 942xs Cockpit
18HD Fantom Radar, ICOM VHF, ACR GlobalFix EPIRB
Scotty 1106 DR's, Discovery Bay Pot Puller
ESPAR D4 Diesel Heater

Yet another disappointment I have from the service department at the dealership I bought from, they mounted the antenna down at the gunnel.
Sea Runner 210
Yamaha F200XB
Yamaha T9.9XBP
Raymarine Axiom 12
Raymarine Quantum 2
Standard Horizon GX1700 VHF
Top

Andrew, that's the norm for most fitters and HT bulkheads boats of the SeaRunner, Ocean Pro, Alaskan series boats. Fitters don't understand how signal polarization works and how antennas radiate as well.

FYI: For maximum radiation from a vertically polarized antenna the antenna MUST be mounted in the dead centre of a vehicle or boat. So in other words, for a Hard Top boat it must be mounted in the centre of the roof. If it is not then it creates "lobes" in the radiated signal from the antenna. So in theory if you mounted an antenna on say the starboard bow of a boat, it's strongest field will be in the direction of the port stern direction or opposite diagonal direction. So in the centre of the roof of a boat you will have 360' of maximum field efficiency with no strong/weak signal lobes in amy direction. Of course having an antenna with a good gain also helps.

I'm going to fit a ham radio mobile station hopefully in my new boat for some fun when I am moored. Being a Ham Radio technician has it's benefits

Thanks seahusky. Not being well versed in such subjects, that kind of info, a long with, the explanation, sure helps me. Hopefully I will remember this when I install one.
‘19 op 220
F200xb
9.9 ht
Noco gen 2 mini
Planar 44
Top

I totally respect and trust in Eoins assessment of the need to place antennas in the center of the boat...totally make sense. But in reality, almost every boat you see and every boat that is set up from the factory or dealer has the antennas placed either port or starboard. I assume that this may be due to easier deployment from those locations.
2017 Ocean Pro 220 ET-HT
2017 Honda BF250 & Honda 9.9 Power Thrust
Garmin 7610xsv Cabin, Garmin 942xs Cockpit
18HD Fantom Radar, ICOM VHF, ACR GlobalFix EPIRB
Scotty 1106 DR's, Discovery Bay Pot Puller
ESPAR D4 Diesel Heater